In small island countries like Haiti, climate change is exacerbated by a dispiriting merry-go-round of deforestation (removal of trees), Caribbean hurricanes and tropical storms, and the resulting landslides and floods, and lack of infrastructure and extreme poverty: Is poverty the chicken or the egg? Which came first? Or are climate and poverty co-dependent?

Since climate change is the focus for today -- Blog Action Day 2009 -- and Haiti and its poor are the focus of the Starthrower Foundation blog, it's a good time to think about how climate change affects poor countries like Haiti, and how the actions of Haitians and lack of actions of First World countries keep Haiti on a poverty continuum.

Disappearance of coral reefs:
The beaches of northern Haiti near Cormier Plage are composed of sheets of dead coral:

Deforestation:
From the air, the deforested (treeless) mountains of Haiti mark the border with its greener island-mate, the Dominican Republic. Without trees to hold soil and absorb rainfall, the stage is set for landslides. Poor people do what they can to survive, and use whatever materials are available to them, like cutting trees to make charcoal for fuel. 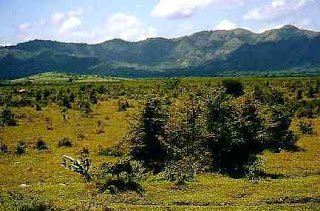 Rise in sea levels:
As an island country, Haiti is at the mercy of rising sea levels. Major Haiti cities such as Cap-Haitien, Port-au-Prince and Gonaives are located at or near sea level. Gonaives has been devastated by floods several years in a row.

More killer storms:
Haiti is in the Caribbean hurricane zone. While 2009 saw no hurricanes or major tropical storms make landfall, the country is still feeling the effects of 2008's major hurricanes.

Crop failures:
Crop losses from storm-induced landslides and flooding in 2008 meant poor people got poorer, hungry people lost a source of food, and farmers had no crops to market. 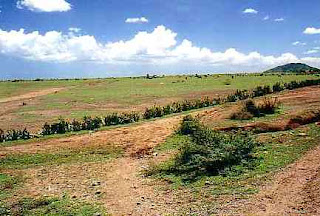 Water shortages:
Like all poor countries, Haiti lacks the infrastructure to provide clean drinking water and irrigation for farms. 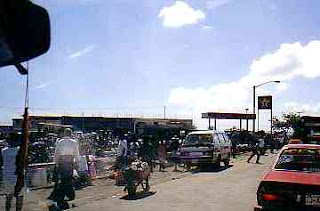 Fossil fuels use:
Poor countries like Haiti, those who have vehicles at all will have older, less fuel efficient vehicles and use more polluting 2-cycle engines. Most cars and trucks are used gas guzzlers discarded by richer countries.

Reforestation, Hurricane preparedness
The vicious cycle continues as poverty begets poverty. Even first world countries are unable to decide how to cope with the effects of climate change; poor countries cannot cope at all. Hurricane and storm warnings and shelters would help lower loss of life and property. Reforestation of Haiti would be a good start; Planting trees would help reduce the devastating effects of hurricane rains and flooding, and protect crops.

But given that Haiti is a small island nation roughly the size of the U.S. state of Maryland, would new forests in Haiti make much of an impact globally? Compared to the deforestation of millions of acres in large rain forests like the Amazon, likely not.

As long as we don't run out of time.