One Starfish, one family part 2

Today marks the 5th anniversary of the earthquake that devastated Port-au-Prince and the South Ouest of Haiti on Jan 12, 2010.
On this day, we remember our Starfish Frandzy who died too young. He is our personal loss and a reminder of the magnitude of the losses suffered by the country and individual families. N'ap sonje - we remember.


The following year, many young people arrived on our doorstep, looking for support to resume 'normal' lives after surviving the trauma of the 'heartquake', as student Francois Marrion wrote in his letter - a tranbleman deke (heartquake) rather than a tranbleman dete (earthquake).

We admitted as many as funds would allow, knowing that it is a multi year commitment for each. Myriame was one of those who arrived shaken, introverted, afraid to go to sleep, speaking only in a whisper. We can never know the horrors she and every survivor witnessed.

Our kids did what they do best - welcomed the newcomers and the seniors who had suffered through the trauma while in universities in the Port-au-Prince/Leogane area and gave them support, friendship and space when needed.

Myriame has come a long way in 4 years, now a second year university (Nursing) student. When her mother died Nov. 19 2014 followed by baby brother Daniel. Dec. 6, it was Myriame who found the strength and courage to pull the family together, gathering 6 surviving siblings from relatives and friends and finding a relative who would give them space.

With limited funds and the assurance of the uncle in charge that if we finished the space for the kids they could live there rent free as long as they wanted, we contacted every mason/carpenter team we knew. Not many available to start a couple of days before Christmas. But we lucked in, and after meeting with the team and getting their list of materials needed and the cost of their labor (men dev) we headed for the hardware store as there are no deliveries. Needed: 160 concrete blocks, 30 bags of cement, one truck load of sand. 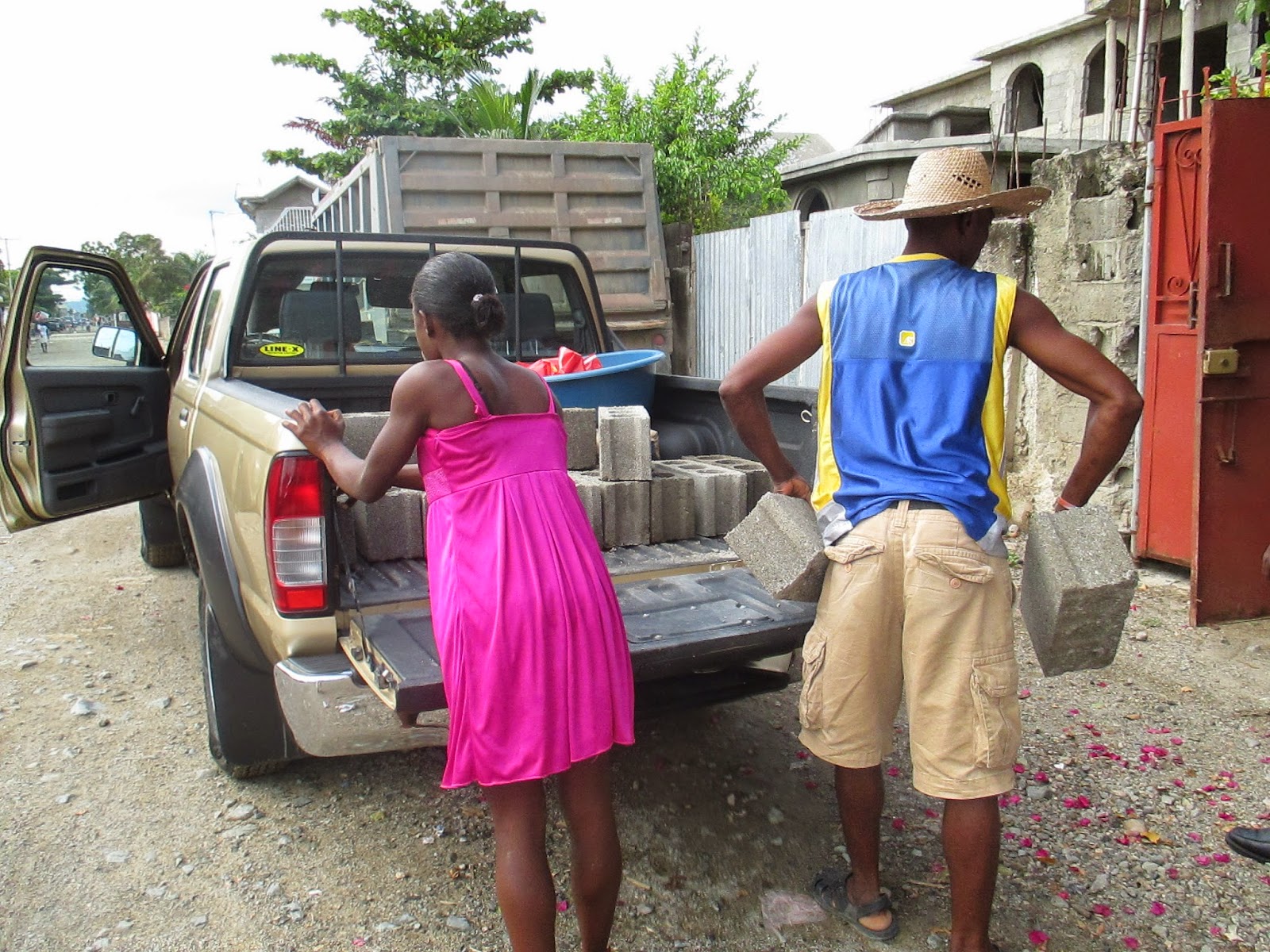 Everyone (here Marielle) helped unload the blocks -
the bags of cement we left to the guys.

The Bos Charpenter who made the door frames (chambrun) and installed the doors, did not do windows, so we had to find another tradesman who could step in.

Then pick the kids up at Granma's and head down the mountain in the hopes of finishing the project.
Windows were almost finished when we arrived, so early start the next morning with everyone pitching in to paint. They had never mixed paint, held a paint brush etc... Auguste, Rosema and I had put the base coat on the walls before the windows were installed one day when everyone was out. We wanted to include them in as much as possible so the last 2 days were marathons.


We had enough paint for an interior wall, so headed back at noon truck loaded, to complete the decoration. The kids asked if they could paint half-way up. Seemed like a good idea - made the paint go farther - if we could just create a straight  line!

It's just one room - but it's a home. It will be different from anything they have known because they have beds. They have to share them, but it beats sleeping on concrete. Mikenzy posed on his roll away cot. We found sheets with soccer balls on them. And the best part - he doesn't have to share. We will partition off with curtains but one thing at a time.


In about 3 weeks time, we went from the original unfinished long cold room to a cozy, safe, inviting space for 6 kids. Geraldson will stay in Sen Rafayel with Grandma. But there will be room for him when he visits. 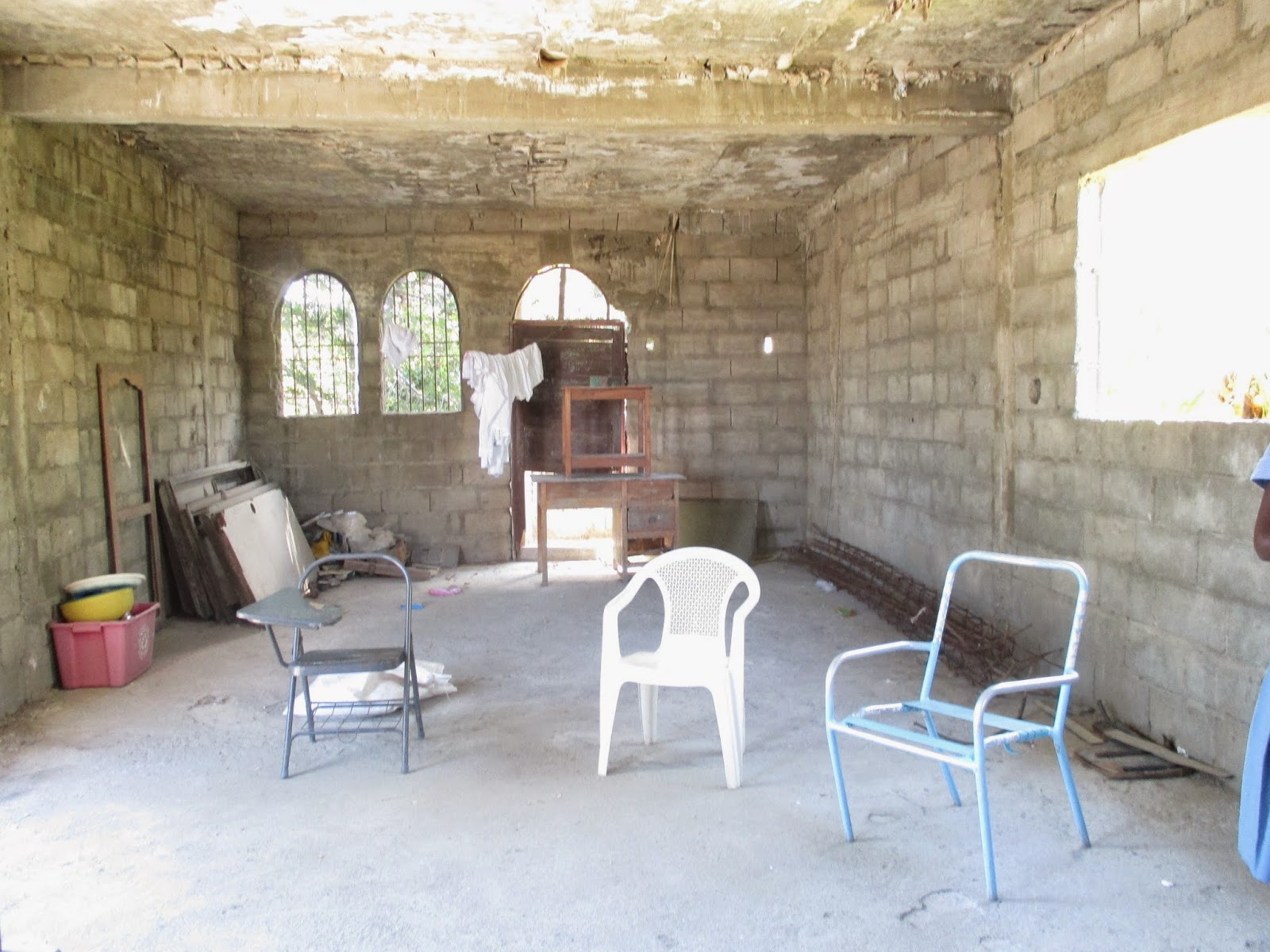 Although not completely finished, it is a space to call home. With 150 students registered, there are always projects like this. It takes a team, not just in Haiti but everywhere in the world our sponsors call home. 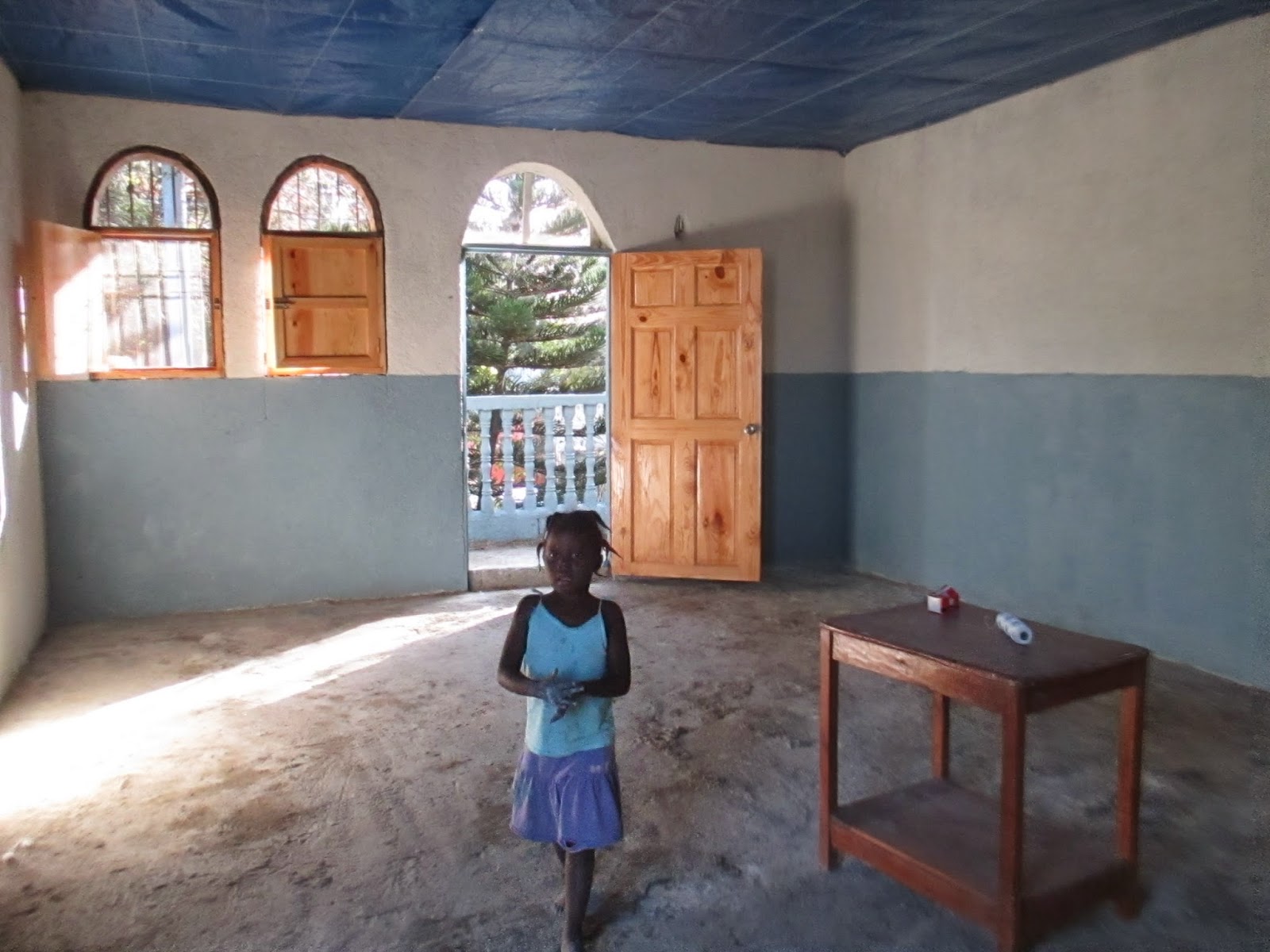 There is so much pain and sorrow on this planet. It is an absolute gift to me to be able to participate in such a joyful, positive project. One Starfish, one family.

Thank you to everyone who helped make this possible.
At this time of remembrance in Haiti, we hold all of those who have suffered loss in our thoughts.